Nā Kia’i o Pu’uloa by Taylor Wilson: About the Design 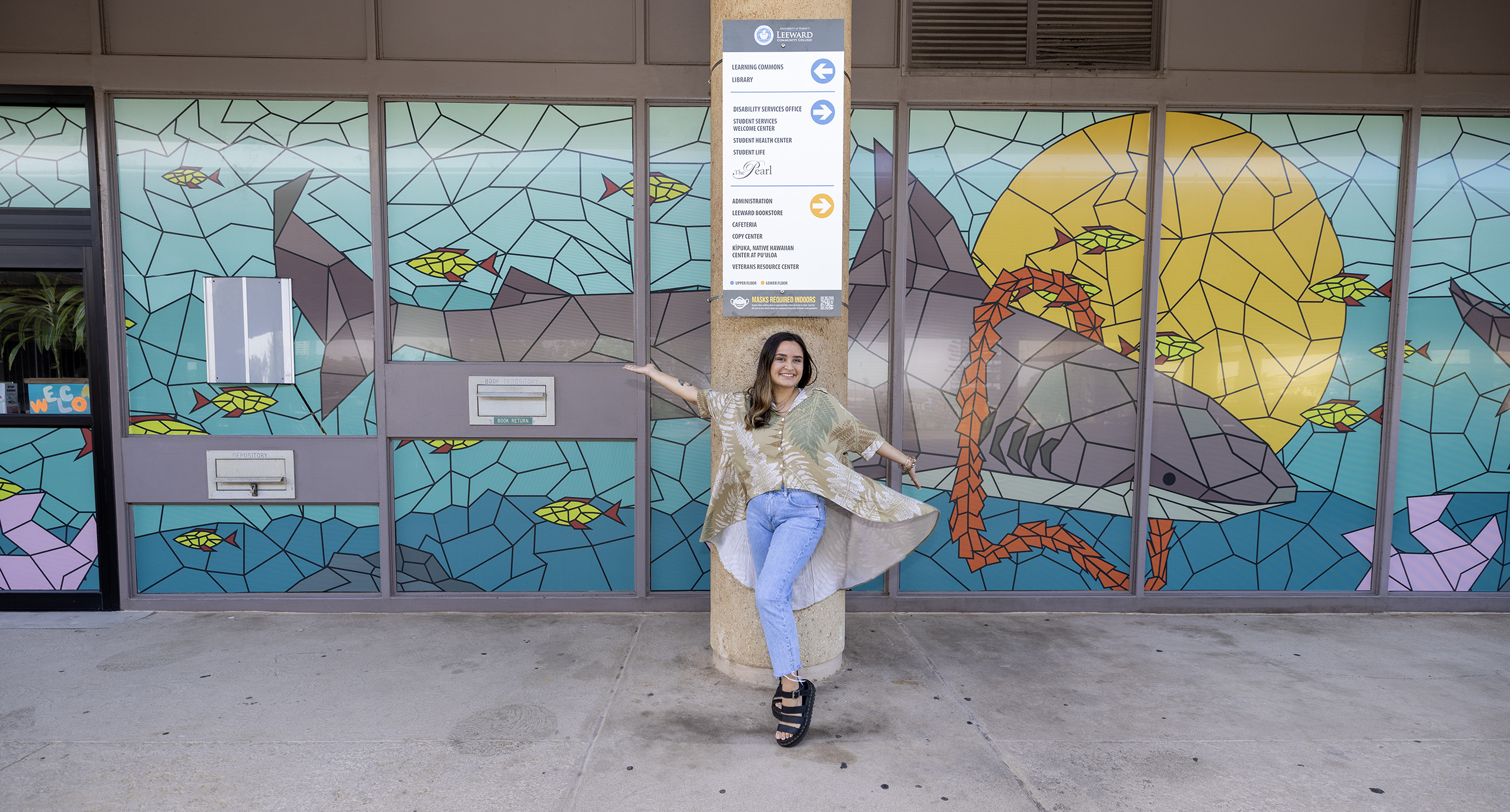 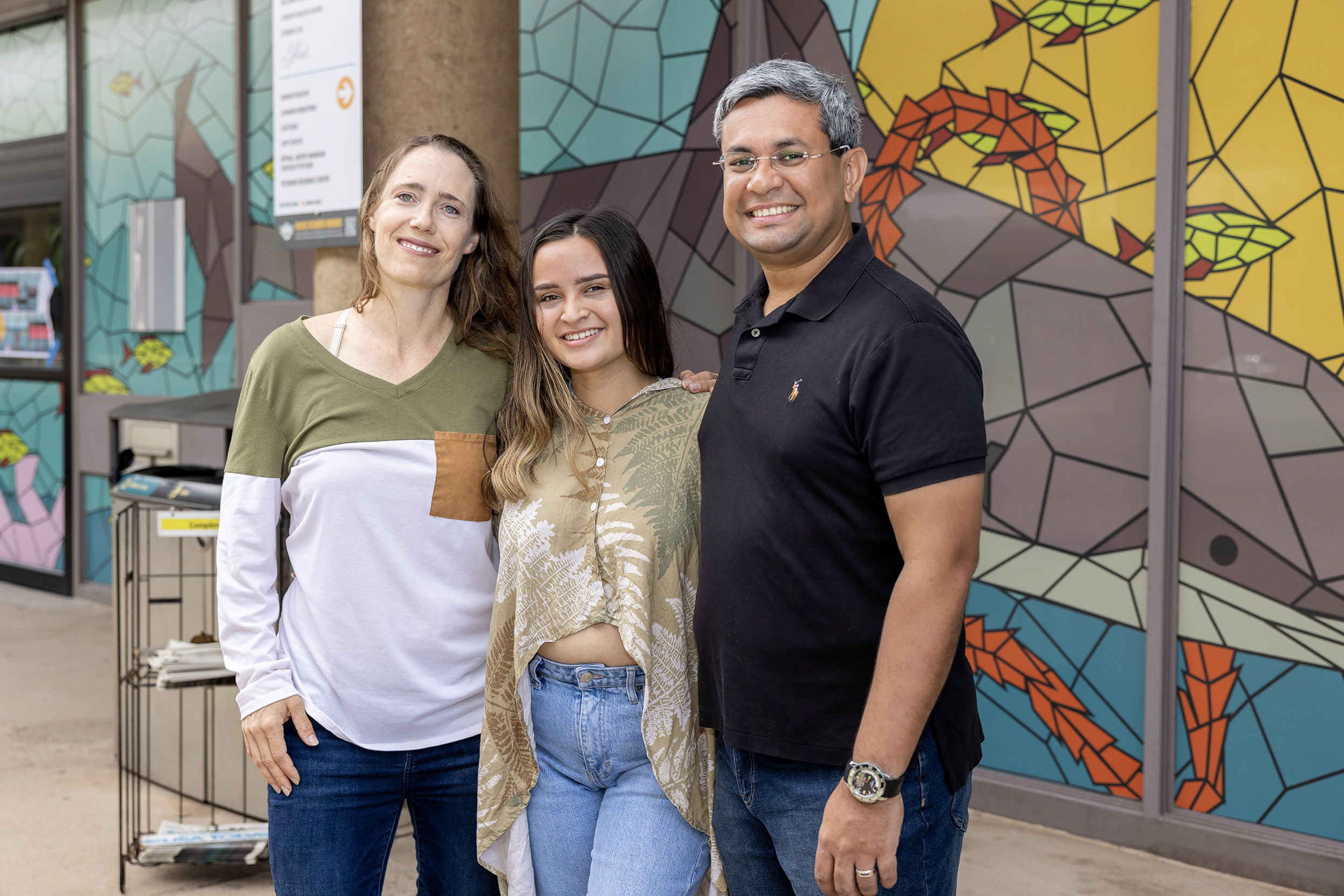 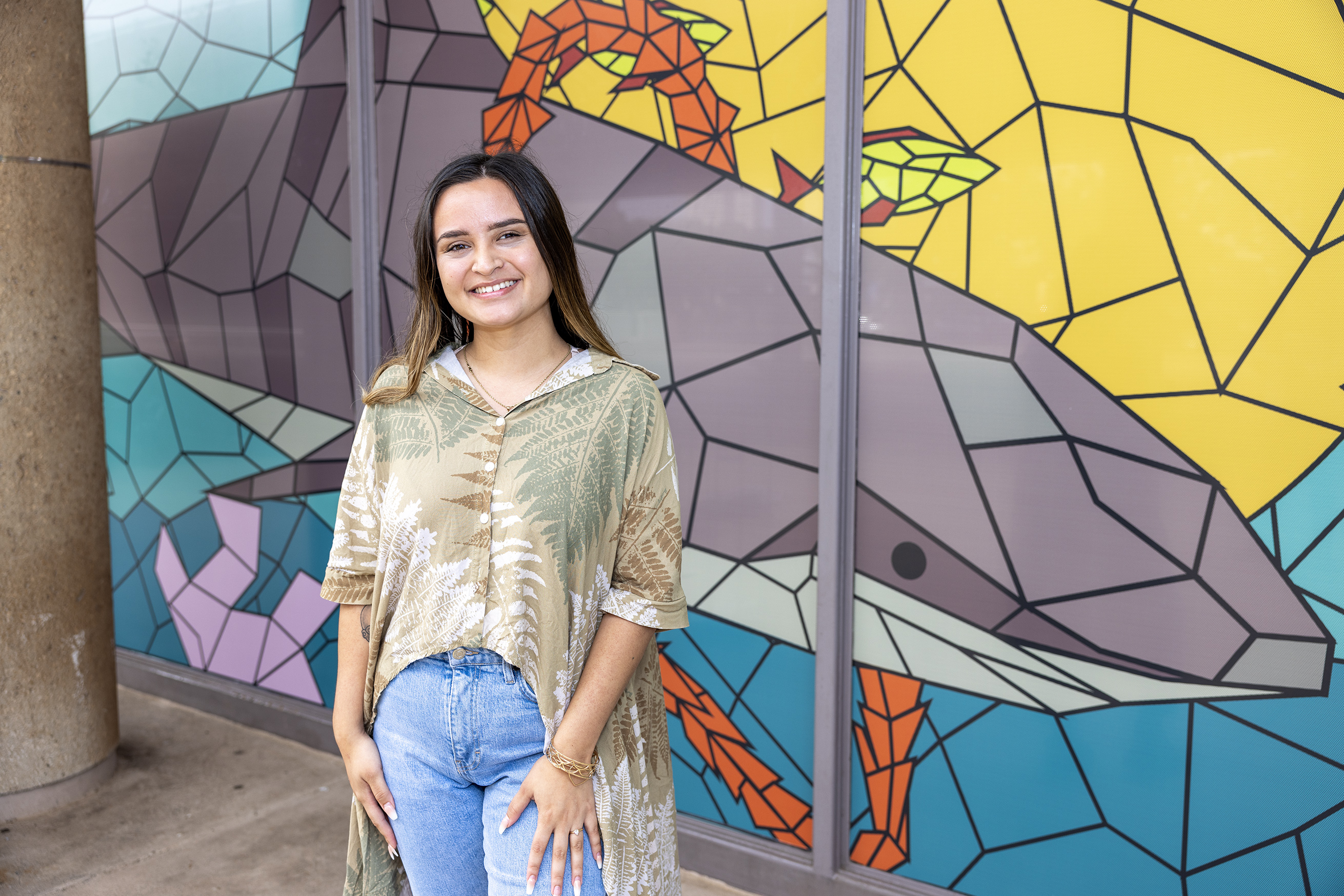 Close-up of Taylor Wilson, artist, in front of her design depicting the mo‘olelo of Ka‘ahupāhau 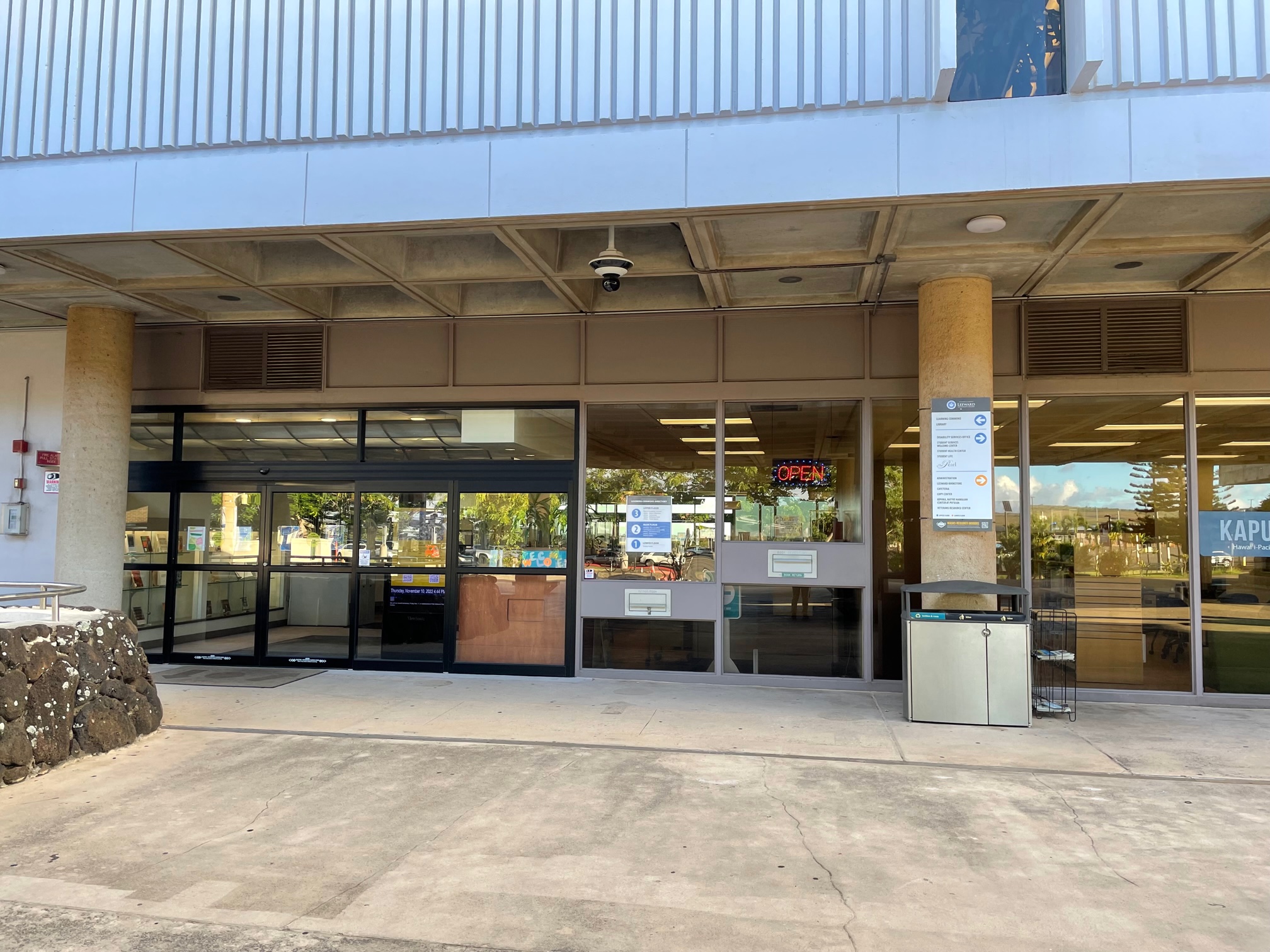 Front of the Learning Commons & Library before the mural installation

Meaning: Said of a person who goes everywhere, looking, peering, seeing all, or of a person familiar with every nook and corner of a place. Kaʻahupāhau is the shark goddess of Puʻuloa who guarded the people from being molested by sharks. She moved about, constantly watching.

Sharks can be powerful and intimidating. As aumakua of Pu‘uloa, Kaʻahupāhau and her brother Kahiʻukā defended the area from man-eating sharks and provided for the people that lived here. To show the friendly and protective nature of these manō, I added fish swimming in between and toward the sharks to convey community, interaction, and provision. The central sun shown inside of the ocean signifies the light and harmony these aumakua brought to Pu‘uloa, and the mosaic style was intended to mimic the aesthetic of stained glass to add a sense of peace like one might find in a cathedral.

Figuring out what concept to focus on was the most difficult part of this process. At first, I wanted to illustrate the mo‘olelo about Kaʻahupāhau and the shark wars inside a large shark silhouette. However, as I worked on the project in the template, I realized that if I had done it that way, the design would have looked busy, confusing, and the opposite of welcoming. So I focused on portraying the sharks more simply in harmony with the ocean, fish, and area. In the midst of working on this project, my computer crashed and needed repair, setting me back and causing me to miss some of the in-progress check points. I had originally planned on adding more imagery to the panoramic but ran out of time. As such, I was both surprised and thrilled when my design was chosen for installation along the front of the Learning Resource Center. I suppose sometimes, less is more.

Taylor Wilson: About the Student Artist

Taylor Wilson never expected to pursue a career in visual arts, having been born with cataracts that resulted in the complete loss of vision in one eye. Her passion for art as a form of expression, however, drove her to explore business ventures that tapped into her creative side. She became drawn to graphic design and enrolled in Leeward CC’s digital art classes to help hone her skills. Her education and business experience has helped her to guide other small businesses with their design needs and she now runs her own business, Valley Artistry, offering services, such as branding, website and packaging design, and digital marketing for local businesses.