Skip to main content
It looks like you're using Internet Explorer 11 or older. This website works best with modern browsers such as the latest versions of Chrome, Firefox, Safari, and Edge. If you continue with this browser, you may see unexpected results.

Celebrate your freedom to READ!

The following is taken from an article in the American Libraries Magazine, "50 Years of Intellectual Freedom" [New Window].

The 1980's were times of conflict and unrest.

In 1976, Steven Pico was one of five high school students who sued their school district for banning 11 books in their schools. The students claimed this violated their 1st Amendment rights. After 6 years, the Island Trees School District v. Pico (1982) Supreme Court case ruled that a school board should not be able to remove books because they did not approve of the books' contents.

Inspired by the drama of the 80's and this court ruling, the American Booksellers Association (ABA) displayed about 500 challenged books in padlocked metal cages at the 1982 BookExpo America trade show in Anaheim, California.

After the success of this display, ABA, the Office for Intellectual Freedom (OIF), and the National Association of College Stores launched The Banned Books Week initiative. The initiative took off and here we are today--celebrating Banned Books Week during the last week of September! 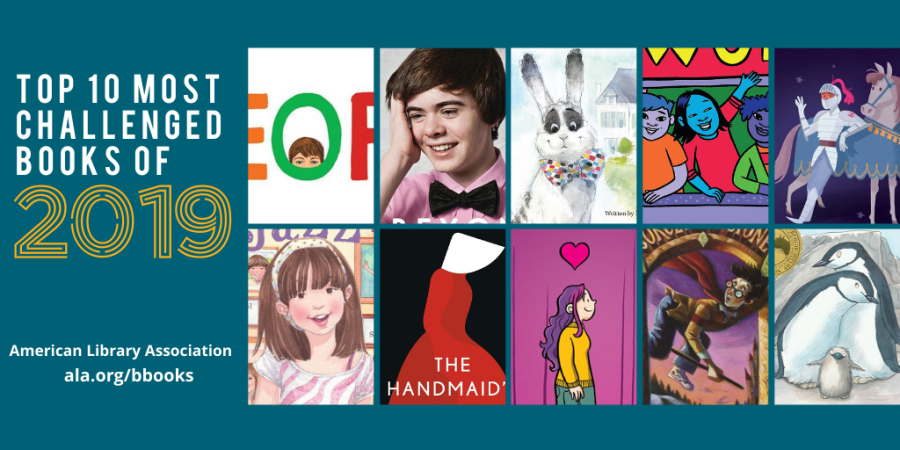 Censorship by the Numbers (PDF)

If you would like more information about Banned Books Week, protecting your freedom to read, and censorship--go to ala.org/bbooks [New Window] and bannedbooksweek.org [New Window].